When remodeling or building a bathroom where space is an issue, one of the hardest features to place is often the bath. A sink and pedestal take up a minimal amount of space, as does a toilet, but a bathtub is rather substantial in size. A traditional bathtub’s large rectangular size can also be difficult to work into a smaller area since it requires a great deal of wall space to be set up against. Eventually, homeowners began to realize that there was an easier way to still have a functioning bathroom without necessarily sacrificing a substantial amount of floorspace for a bathtub. The solution came in the form of a corner shower.

What Is a Corner Shower?

A corner shower is essentially exactly as its name implies, a shower unit that is installed in the corner of a bathroom. They can be comprised of a shower tray, or base, and a shower enclosure, or simply just a tiled floor with a drain surrounded by an enclosure. Corner showers offer the ability to have the bathing function included in a small bathroom without having to relinquish all of the available floor space to do so. They come in a variety of shapes and sizes, designed ideally for small spaces, but can be made to complement large areas as well. They also come with a variety of enclosure types, designed to add a decorative touch to the unit.

Benefits of a Corner Shower

The primary benefit of a corner shower is the amount of space it can save in a bathroom. Unlike traditional bathtubs, it does not require a substantial amount of wall space and, with its corner design, makes much more efficient use of the square footage it does take up. The corner positioning also allows more space for other items that require wall space, such as sinks and toilets.

The new designs of corner showers on the market are also extremely elegant in their design and are quickly growing in popularity, even in bathrooms where space is not an issue. In fact, it is very common for new master bathrooms to include both a full-size bathtub and a separate corner shower. This not only takes advantage of the added space in newer bathrooms, similar to the idea behind the dual vanity, it also allows two people to utilize the bathroom at once.

Corner showers are also ideal for individuals who may have problems getting in and out of a traditional bathtub, whether it is due to age or other health issues. Since you simply walk into a corner shower, usually with only a minor threshold to step over, the need to get over the larger sides of the bathtub to shower, or even go from a standing to sitting position to bathe, are eliminated completely. The walls of the corner shower can also be fitted with a variety of handrails that can be used for support while showering for additional security. This makes corner showers an excellent choice for individuals who have health issues that must be taken into account when designing a bathroom.

What Is a Corner Shower Base?

A corner shower base is the bottom section of the corner shower that sits on the floor and connects to the shower drain. Most often, it is a shallow tray, made from either acrylic or stone resin, that creates the basic shape of the corner shower unit. A corner shower base can be found in standard shapes, such as triangular, square, and rectangular, or can also be custom ordered in a shape best suited to the consumer’s exact specifications and preferences. At one time, they were almost always white or off-white in color, but as they gained in popularity over the years, the color selections available on the market increased dramatically. With the popularity of stone resin trays increasing as well, it is much easier to have a corner shower with the look of cultured stone, as opposed to standard acrylic. Corner shower bases come in a variety of standard sizes but can be custom made to meet the consumers’ space requirements.

What Is a Corner Shower Enclosure?

A corner shower enclosure is basically the component of the corner shower unit that connects to the bathroom walls and the shower base to form a barrier around the shower unit which prevents water from getting outside of the unit itself. Shower enclosures can be made from a variety of materials, such as clear acrylic and glass, and are able to be modified to suit any shape or size corner shower base. The enclosures are available with a variety of decorative touches, such as color tinting or texturing, to complement the overall décor of the bathroom. Enclosures can be transparent, allowing the room to seem larger since the shower area is not being blocked off, or they can be frosted, allowing the bather a greater amount of privacy while in the shower. Corner shower enclosures also come in a choice of traditional framed models or the newest trend of frameless designs.

What Type of Door Is On a Corner Shower?

The doors used in corner showers depend primarily in the shape of the shower base, but also on personal preference as well as space restraints. For example, a square or rectangular corner shower base can accommodate a sliding door design, while a curved base may not be able to as easily and would require a swinging door. On the other hand, if the bathroom area is extremely small, a door that swings outwards to open may not be the ideal choice and a sliding door may be a better option to go with. For the standard shapes, such as squares or rectangles, the choice of doors is a little more open since they can accommodate the widest variety of options. Like the enclosures, the doors are typically made of glass or acrylic and designed to blend in seamlessly with the enclosure itself and will be designed to incorporate the same decorative elements. 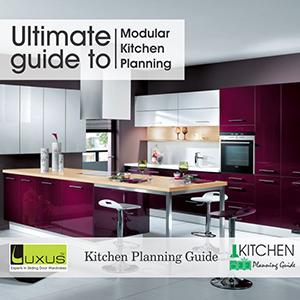